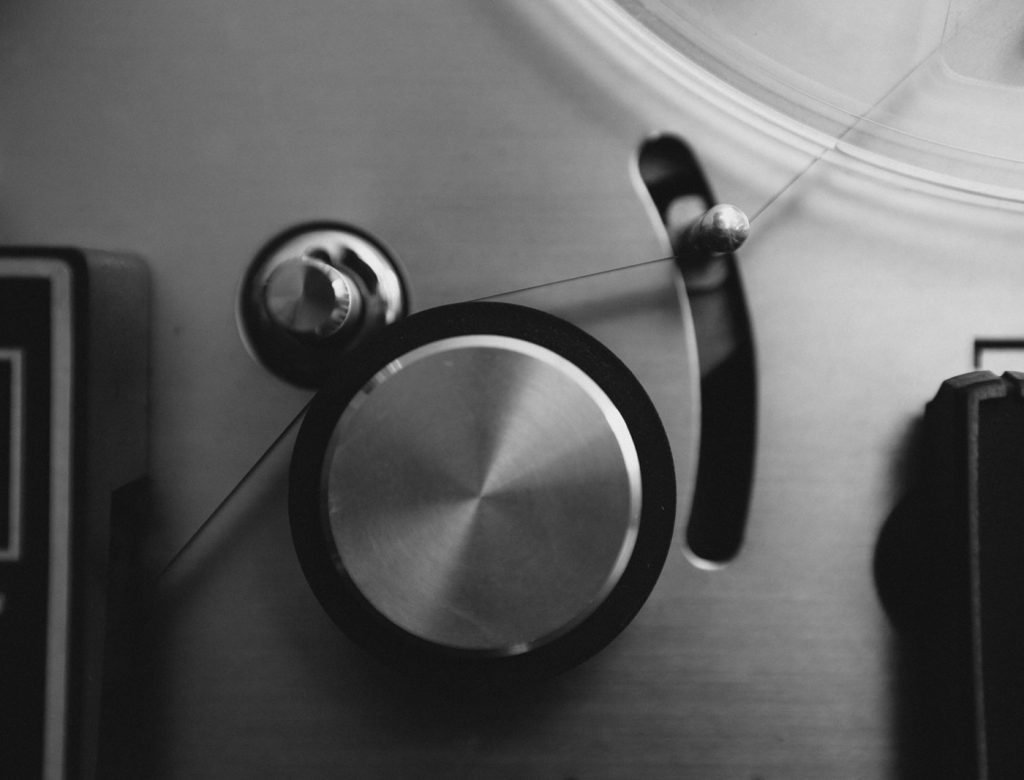 It has a territorial effect and may ensure protection in the territories of its all 38 EPC contracting states. In each contracting state for which European Patent is granted, the latter gives its proprietor the same rights as would be conferred by a national patent granted in that contracting state, i.e. by a granted Bulgarian Patent. 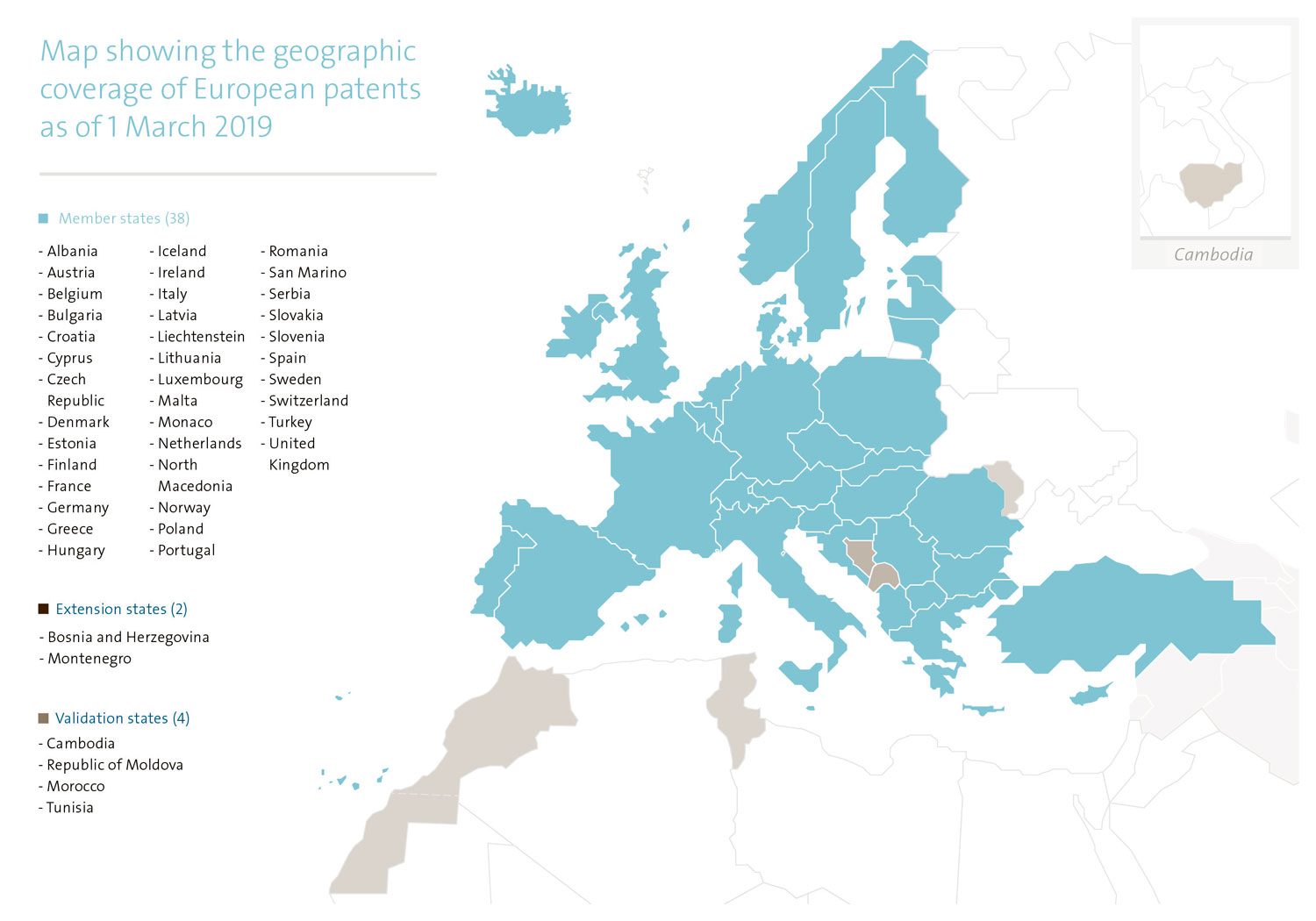 The administrative body that grants European Patents is called European Patent Office (EPO) located in Munich, its branch at The Hague and its sub-office in Berlin, Brussels and Vienna. EPO’s centralised and thus cost-effective and time-saving European Patent grant procedure is conducted in either one of its three official languages – English, French or German.

EPC is an open filing patent system, which means that any person may file a European Patent application, irrespective of whether he is a national of or has his residence or place of business in a contracting state of the EPC. A European Patent application may also be filed by joint applicants or by two or more applicants designating different contracting states.

European patents are granted for inventions that are new, involve an inventive step and are susceptible of industrial application. An invention can belong to any field of technology.

The term of validity of a European patent is 20 years as from the date of filing of the European patent application, provided the patent renewals or maintenance fees are paid each patent year.

A granted European Patent does not automatically lead to a bundle of granted patents in each designated territory. The steps to be carried out to obtain a valid patent in a designated contracting state after grant of a European patent are called EUROPEAN PATENT VALIDATIONS, for Bulgaria is called EUROPEAN PATENT VALIDATION IN BULGARIA, and should be performed within a strictly fixed deadline after the grant of the European Patent.

SUMMARY OF THE PROCEDURE AND COSTS OF A DIRECT EUROPEAN PATENT APPLICATION:

* REMARKS: 1) This is an approximate time scale calculated as from the EP filing date; 2) Attorney fees are not included and all official fees are tentative

A European patent application consists of: a request for the grant of a European patent; a description of the invention, disclosing the invention in a manner sufficiently clear and complete for it to be carried out by a person skilled in the art; one or more patent claims, defining the scope of protection; any drawings referred to in the description or patent claims; and an abstract. The Official fees due at the filing stage amount to about 1500 EUR. A surcharge is also levied for patent claims in excess of 15 and for each page above 35.

European search report is an important element of the grant procedure as it lists all prior art documents available to the EPO that are considered relevant for assessing novelty and inventive step. The search report is based on the patent claims but also takes into account the description and any drawings. In addition to the search report, EPO also issues an initial non-binding opinion on patentability, namely whether the claimed invention and the application meet the requirements of the European Patent Convention. Both documents are then simultaneously sent to the applicant or his European Patent Attorney, who may evaluate the results and reasonably decide whether to proceed further with the EP grant procedure.

Publication of the European Patent Application

Within 6 months of the date on which the European search report is published a request for examination must be lodged, coupled with the payment of examination, designation and any extension and/or validation fees, which amount to about 3300 EUR. Additional obligation for payment of the renewal fees in respect of the third and each subsequent year, calculated from the date of filing, to the EPO also begins. In case the preliminary opinion on patentability is negative, a mandatory response to it is also required within the same 6 month time limit.

2-4 YEARS FROM THE REQUEST FOR EXAMINATION

Start of substantive examination. This includes communications with the examiners by written dialogue, personal interview, oral proceedings and overcoming their objections concerning the requirements for patentability (novelty, inventive step, industrial application) and/or sufficiency of disclosure by filing arguments and amendments to the description and/or patent claims.

Upon completion of the substantive examination and reaching a consent with the examiners on the patentability criteria of the invention in question, the European Patent Application is considered allowable and ready for grant. A grant of European Patent is conducted if the claims are translated into the other 2 official languages of EPO and the official fees for grant and printing are also paid within 4 months from EPO's notification. The official fees due amount to 925 EUR. A surcharge is also levied for claims in excess of 15 and for each page above 35. A 9 month opposition period starts from the grant of the European Patent, within which period any third party may lodge central opposition attacking the patentability of the granted EP. The obligation to pay renewal fees to the EPO also ends at that stage and the renewal fees for subsequent years during the term of the European patent are then payable to the central industrial property offices of the designated states

3-6 MONTHS FROM THE PUBLICATION OF THE GRANTED EUROPEAN PATENT

The steps to enter your granted European Patent into force in each country of interest may include filing translation of the claims or entire specification in the language of that state; appointing a professional representative authorised to act before the national patent office; payment of fees for publishing. The translation fees, coupled with the official publication fees are the most considerable part of all European patent expenses. If all EPC states are to be validated, these expenses may vary from 20 000 EUR to 200 000 EUR and even above, depending on the volume of the EP specification.The deadline for performing all these acts in most countries is 3 months from the publication of the European Patent and only few states have a longer period. Monitoring these deadlines is absolutely crucial as failure to observe the time limits usually has the consequence that the European patent is deemed not to have entered into force for a particular country from the outset. Please see more information about EUROPEAN PATENT VALIDATIONS in our section PATENT SERVICES.

The obligation to pay renewal fees to the EPO ends at the stage of GRANT - STEP 6. After grant, the renewal fees for subsequent years during the term of the European patent are then annually payable to the central industrial property offices where the European Patent is validated. The overall official fee costs for maintaining European Patent in all designated countries for all 20 years count above 170 000 EUR.

The maximum term of the European Patent is 20 years calculated from the filing date. However, if the renewal fees are not paid every year, the patent will expire earlier due to non-payment of the renewal fees. The subject matter of the invention is then free for commercial exploitation by anyone .